Our country is no longer controlled by, and for, We the People, but instead by, and on behalf of, international banking and multinational corporate interests. While the gradual, almost imperceptible takeover of our government by this corporate fascism has been evolving by design for many decades, it is a coup d'etat nonetheless and has been disastrous for the vast majority of Americans. This blog is an exploration and discussion of how this occurred, and the damage it has done to our democratic processes.

He did it! On the last day of the year, during a holiday weekend when most people aren't paying attention to the news, President Obama signed the egregious National Defense Authorization Act (NDAA) into law. Congratulations sir! You just set us on course for complete dictatorial control! From Anonymous earlier this month:

"If you have not yet woken up to the reality of the police state we've been warning you about, I hope you realize we are fast running out of time. Once this becomes law, you have no rights whatsoever in America. — no due process, no First Amendment speech rights, no right to remain silent, nothing."


So we'll begin 2012 under a completely new legal authority; not the rule of law as based upon our constitutional protections, but rather the murky and ambiguous sense of justice that the president -- any president -- feels like asserting on any given day.

We live in strange and dangerous times. May the new year's promise of peace, and increased awareness and raised consciousness, be with all of you and those you hold dear.
Posted by Jefferson's Guardian at 12/31/2011 06:30:00 PM

Obama gave up a lot of things in 2010 when he signed that years NDAA too but nothing near as heinous as the crap in this years bill.

He tossed the Bill of Rights and specific amendments to the Constitution right into the crapper and he didn't have the balls to do it in the White House. That says volumes to me.

Yeah, Dusty, don't ya' love how he did it on New Year's Eve, when nobody was paying attention to anything, except, maybe, their bar-tab or their receipt at the liquor store? Even the corporate mainstream media, not surprisingly, committed its usual sin of omission.

Thanks for dropping by, and happy new year!...I think...

Obama just gave more cover for the Bush crimes. Maybe he thinks that this will mean the next Republican president will cover for Obama's crimes.

At least since the legislation came from the House and Senate, they probably won't impeach him for it.

Although the case for impeaching Obama and arresting most of congress is clear now. But, alas, it will not happen in the new order of the Amerikan Reich.

Not Obama's finest hour, even if he did try to smooth it over with a signing statement. I don't think he will abuse these power. I don't doubt for a moment it's only a matter of time before some Cheney type becomes president and abuses them.

Very disappointing, to put it mildly. I hope before we get a Cheney-type president, we will get one with the good sense and decency to put an end to this garbage.

Thats my problem with this crap SW,its now codified into law. So his signing statements are meaningless, except for him of course. It's not like he hasn't lied to us either in the last three years, or more.

LOL Jefferson's Guardian..I hope it's a good year but it's not starting out too good is it? ;-)

Even with all that has been said here, I think it is safe to say that all of you will vote for Obama in 2012.
Am I correct?

I Won't be an Obama voter. Tired of his rightwing actions of which there are many.

Please don't try to fearmonger me into voting for him either. No offense but I don't buy into any of the reasons why I should vote for someone that appears to be more of an R than a D.

S.W. Anderson: Possibly you're right that Obama will not abuse his power, but that's not a certainty for his successor. Maybe it's all planned this way in order to create a diffusion of responsibility. Who knows?

Thanks for dropping by!


Dave Dubya: I'm not sure whether Obama just gave cover to Bush II for his crimes, considering the reference "...persons that the President determines planned, authorized, committed, or aided the terrorist attacks that occurred on September 11, 2001, and persons who harbored those responsible for those attacks", could, if investigated and prosecuted (which will never happen, I know), apply to Bush/Cheney, et al. As far as your comment regarding the conservative Reich wing, a greater truth couldn't be found.


Dusty: No, it's really not starting out so well, is it? The prospect of indefinite detention at the president's pleasure, less any form of habeas corpus, for example ('till the corrupt Supreme Court reviews it's constitutionality - which could take years!), tends to make one wonder whether we'll get thrown into the brig and face the same lengthy tortuous conditions as Bradley Manning -- simply for practicing (what we thought was) our right to peaceful assembly.


Just the Falsehoods!: No, it's not safe to say; although it is a sure bet to say I won't ever squander my vote on a Reich-winger from the Republican side of the Corporatist Party. It, of course, doesn't make much difference anymore -- it's just choosing how you want to be f**ked; fast and furious, or with a velvety touch and foreplay.

So, obviously, I do have my principles.

Jefferson, I really like your blog and the way you express yourself, both in your posts and your comments.

My principles tell me to quit allowing the D's to take my vote for granted. I will no longer vote for a D, I vote for the individual running for office..so that goes without saying that I sure as HELL wouldn't vote for an R.

The local elections are more important for me this time around. I will probably vote Green in the Presidential election or just write in one of the felines we rescued as we run a feline rescue out of our home. At least I know for a fact that George, my fav feline won't capitulate to the R's or sign a bill like the NDAA and think a stupid signing statement should make all lefties happy.

Interesting responses to my statement.

If Obama will not get your vote, who would, assuming they were on the ballot?

I'm voting for myself. I think you all should vote for me, too. Just write in my name, "Anna Van Z".

But I still love my little midget cat George. He is a full grown cat about the size of a 9 month-old. The hubbie and I have been writing him in for years now!

You are all still free to write in Ellis D. Esq. and Gypsy Bob, the Woodstock Nation Party candidates !!

Dusty: Thanks for the kudos, and let me return the compliment! I think I linked to you from The Heathen Republican's spittoon of untruths, but I honestly don't remember. I think you're listed in his lefty blog roll.

Just the Falsehoods: As I previously mentioned on Tom's The Rant, I'll vote for the person who convincingly proves he or she is behind the 99%. Currently, that doesn't include anyone in either wing of the Corporatist Party.

Anna: If you win, will you change the name of the DoD and nominate me as the inaugural Secretary of Peace? I won't take breaks, though, 'cause I'll be too busy breaking the back of the existing M-I-C, and if you'll want me to, the CIA.

Ellis: Reference above. Can you up the ante? 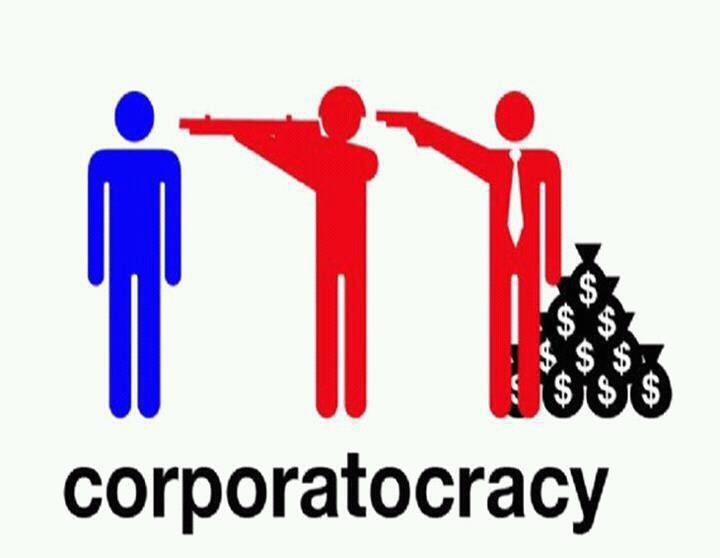 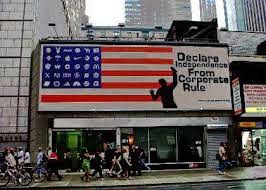 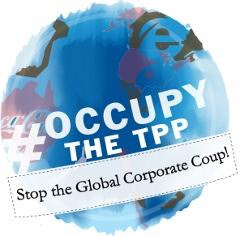 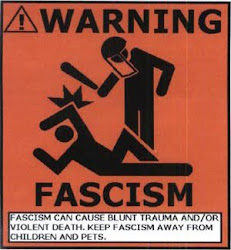 The Time to Act is Now! 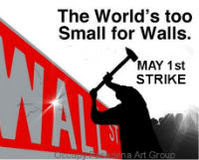 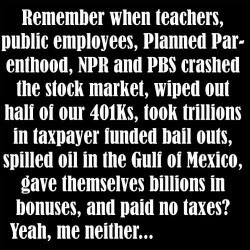 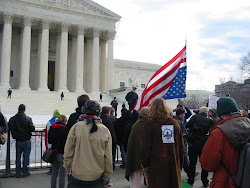 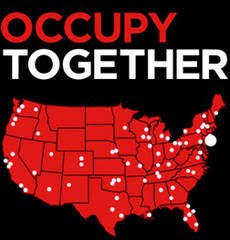 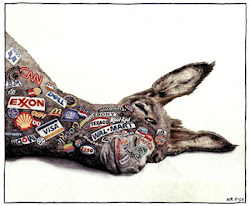 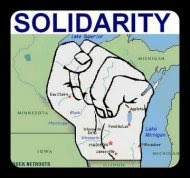 You can be too! Learn and expose the truth. 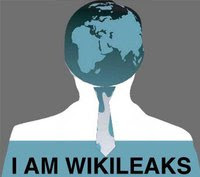 Get A Free Bumper Sticker... 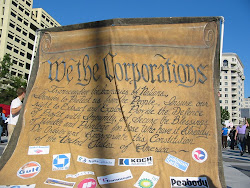 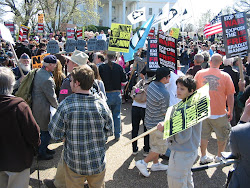 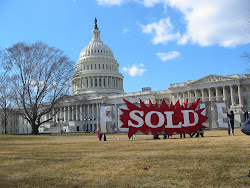 "Home of the Slave" 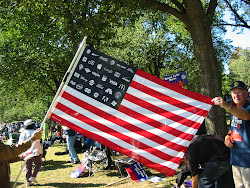 I know it's boring as hell, but it's right here! The audacity! 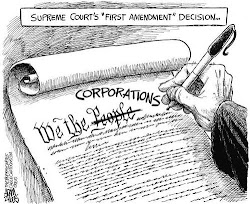 And the fourth branch owns the other three... 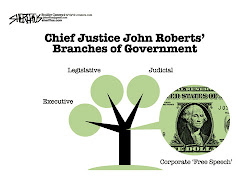 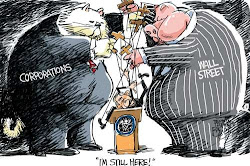 from OpEdNews for Joe Quinn - Writer 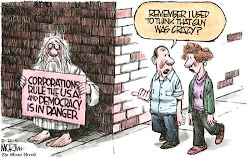 Jefferson's Guardian
"By a declaration of rights, I mean one which shall stipulate freedom of religion, freedom of the press, freedom of commerce against monopolies, trial by juries in all cases, no suspensions of the habeas corpus, no standing armies. These are fetters against doing evil which no honest government should decline." ..........Thomas Jefferson to Alexander Donald, February 7, 1788, Papers, 12:571

"Few would argue that corporations today are not only ubiquitous but have enormous power over our lives. Was it always like this? How did it get to be this way? And what are the implications of this situation for democracy? … Indeed, so much power and wealth has been amassed by corporations that they can be said to govern, presenting a mortal threat to our body politic. To use a medical analogy, when a surgeon cuts out a cancer, it's not to punish the cancer, it's to save the body. If we wish to prevent the total demise of democracy - rule by the people - then we must return corporations to their subservient role." 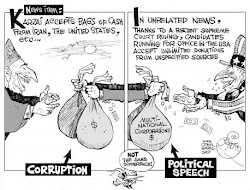 by Khalil Bendib at otherwords.org

GIVE ME YOUR RICH...

tip of the hat, OtherWords 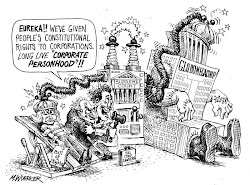 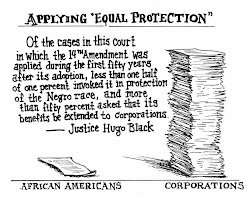 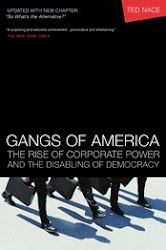 Excellent source on the plundering of our "commons"... 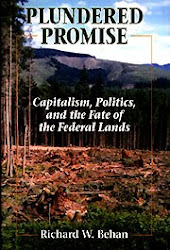 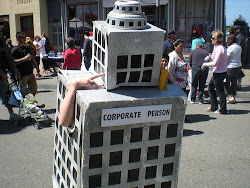 "I get by with a little help from my friends." - John Lennon